Leon was born in Wausau, WI of parents Charlotte Sucharski and Fred Eggers, Jr. on Nov. 19, 1931. He is survived by his wife Lorrayne Thielemans. He had four children with now deceased first wife Jacqueline Scherr. They are; Sharon Okray (Mickey), Sandra Hill (Robert), and deceased Judith Sprecher (Dennis) and deceased Leon Eggers (Debbie). He has 5 living grandchildren and one deceased. He has 8 great-grandchildren. Leon attended Pershing High School and Chrysler Trade School. He was manager at Schlitter Tool for many years. He had a great love of music and loved boating on Lake St. Clair and in earlier days was a hunter in Northern Michigan. The family will be gathering for a Funeral Mass. Your prayers would be greatly appreciated.

Eternal rest grant onto him, Oh Lord. May his soul and the soul of all our faithful departed Knights rest in peace. Amen. 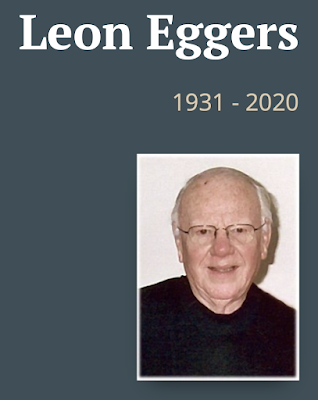